A HUSBAND FOR KUTANI .. 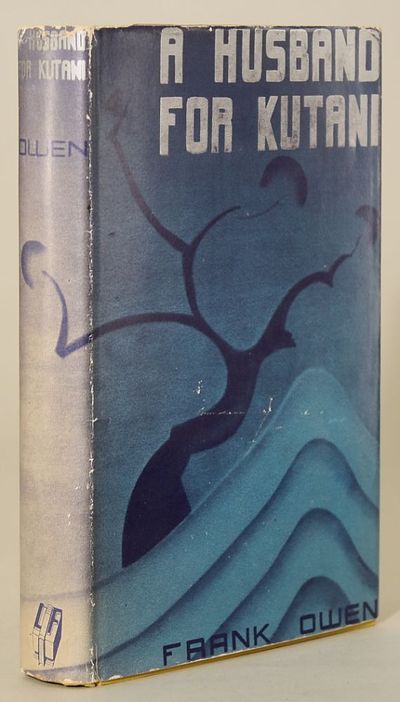 by Owen, Frank
New York: Lee Furman, 1938. Octavo, pp. [1-8] 11-199 [200-202: blank] [note: text complete despite gap in pagination; final leaf is a blank], original maroon cloth, front and spine panels stamped in yellow, fore-edge untrimmed, bottom edge rough trimmed. First edition. Collects four Oriental tales, including "Five Merchants Who Met in a Tea-House," reprinted from a 1934 issue of THE MAGIC CARPET MAGAZINE, and "Doctor Shen Fu," a tale of a Chinese alchemist who possesses the elixir of life. "Owen related a beautiful and exotic series of Oriental fantasies. These were not set in the real China, like those of Beck, but like Bramah, it was a China of the imagination, the one we all think exists. Owen was obsessed with color and this is clear in the many brilliant descriptive passages that embroider his tales." - Ashley, Who's Who in Horror and Fantasy Fiction, pp. 141-42. Barron (ed), Fantasy Literature 3-278. Bleiler (1978), p. 152. Reginald 11075. Publisher's review slip pasted to front free endpaper. A fine copy in very good pictorial dust jacket with rubbing at edges and some sunning to spine panel. (#137584) (Inventory #: 137584)
$100.00 add to cart or Buy Direct from L.W. Currey
Share this item
L.W. Currey Inc.
Offered by