Valley of Salt, Memories of Wine: a Journal of Death Valley 1849 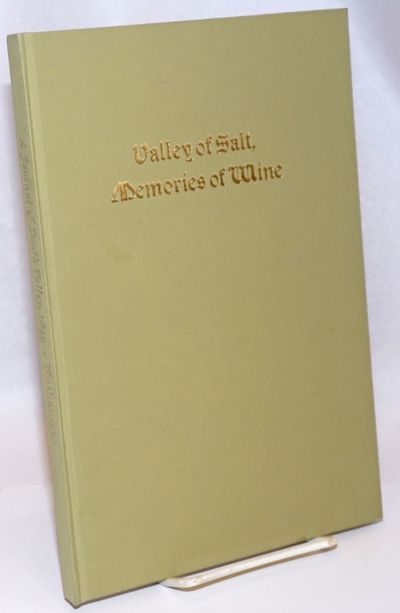 by Nusbaumer, Louis; and George Koenig (ed.)
Berkeley: Friends of the Bancroft Library, 1967. xvii+67p., openweave green boards with bright gilt, 10.5x7 inches, folded map tipped in at the terminus, has also a couple of excellent sepia site photos plus a few facsimiles. Faintest signs of any handling, a near-immaculate copy. Nusbaumer's party wandered into desertland now called Death Valley; even Native Americans didn't go through it. The group had heard about the Donner disaster and feared, and nearly came to, the same end. Hence a 'valley of salt'; but the 'wine' of the titling? an odd allusion that has escaped this cataloguer. Bancroft keepsake number 15. (Inventory #: 154680)
$15.00 add to cart or Buy Direct from Bolerium Books
Share this item