A SELECTION From The HARLEIAN MISCELLANY Of TRACTS, Which Principally Regard the English History; of Which Many are Referred to By Hume 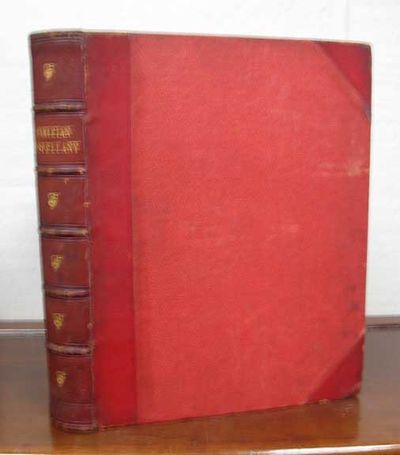 A decade before Johnson established his reputation with the 1755 publication of his Dictionary, he was employed by Thomas Osborne to help catalogue the library of Edward Harly, the second Earl of Oxford. From this cataloguing effort sprang the Harleian Miscellany, which collects many 17th & early 18th C religious & political pamphlets found in the Harley library. Even then Johnson recognized their ephemeral nature... "It has been for a long time a very just complaint, among the learned, that a mulitude of valuable productions, published in small pamphlets, or in single sheets, are in a short time, too often by accidents, or negligence, destroyed, and entirely lost; and that those authors, whose reverence for the public has hindered them from swelling their works with repetition, or encumbering them with superfluities, and who, therefore, deserve the praise and gratitude of posterity, are forgotten, for the very reason for which them might expect to be remembered. ... The obvious method of preventing these losses ... is to unite these scattered pieces into volumes..." This was done with the Harleian Miscellany which, given that many of the publications contained therein, if even now extant, are known in but single-digit examples, remains to this day a "highly useful source for the student of the period." [Brack & Early, Studies in Bibliography]. This 'Selection' of 53 tracts published 50 years later due to, as the Publisher states, "The scarcity and high Price of the Harleian Miscellany..." (Inventory #: 22841)
$450.00 add to cart or Buy Direct from Tavistock Books
Share this item

ARCHIVE Of A FEMALE BODY BUILDER