Brazil and the Brazilians, Portrayed in Historical and Descriptive Sketches 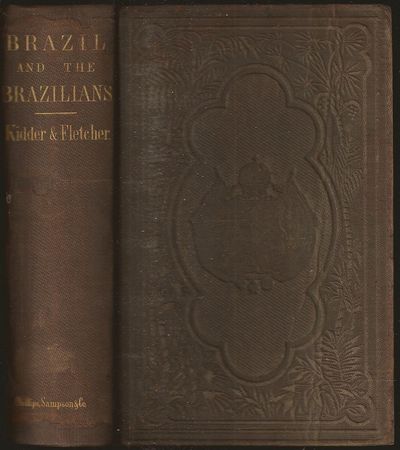 Kidder, clergyman, born in Darien, Genesee County, New York, 18 October, 1815. He was graduated at Wesleyan university in 1836, entered the ministry of the Methodist Episcopal church, and was stationed at Rochester, New York In 1837 he went as missionary to Brazil, and during 1839 he traversed the eastern coast from San Paolo to Para. He introduced and circulated the Scriptures in Portuguese in the principal cities of the empire, and preached the first Protestant sermon on the waters of the Amazon. He returned to the United States in 1840. and was stationed in Paterson, New Jersey, in 1841 and in Trenton in 1843. In 1844 he was appointed official editor of Sunday school publications and tracts in charge of the Methodist book concern, which post he held for twelve years, organizing the conference Sunday school unions, conventions, and institutes, editing the Sunday school Advocate and more than 800 books, and preparing the standard catechisms of the church. He was professor of practical theology in Garrett biblical institute, Evanston, Illinois, from 1856 till 1871, when he was called to a similar chair in Drew theological seminary, Madison, New Jersey From 1881 till 1887 he was secretary of the board of education. His publications are Mormonism and the Mormons (New York, 1842); a translation from the Portuguese of Diego A. Feijo, entitled Demonstration of the Necessity of abolishing a Constrained Clerical Celibacy (Philadelphia, 1844); Sketches of a Residence and Travels in Brazil (2 vols., New York, 1845; 2d ed., London, 1849; 8th ed., Boston, 1868); Brazil and the Brazilians with Reverend James C. Fletcher (Philadelphia, 1857; 6th ed., Boston, 1866); Treatise on Itomiletics (New York, 1864; revised ed., 1868); The Christian Pastorate (Cincinnati, 1871); and Helps to Prayer (New York, 1874).

Donald E. Worcester (1915-2003) was an American historian who specialized in Southwestern United States and Latin American history. He was president of the Western History Association from 1974-1975. Worcester graduated from Bard College in 1939. He received an M.A. from the University of California, Berkeley in 1941. He then served in the US Naval Reserve in World War II. He received a PhD. from Berkeley in 1947. From 1947 until 1963 he was a professor at the University of Florida. He then was a professor at Texas Christian University and history department chair. From 1960 until 1965 he was managing editor of the Hispanic American Historical Review. Worcester's view that history is made of complexities, not dualities, is seen as foundational for much of the understanding by later scholars of Southwest United States history.
Condition:
Former library copy with stamps on end papers and title page. Professionally rebacked with original spine laid on, some staining and foxing. All colored plates present. From the library of Donald Worcester with his name on front end paper else about very good. (Inventory #: BOOKS005967)
$175.00 add to cart Available from Book Collector
Share this item
The Book Collector, Inc
Offered by