Nor cruel and unusual punishments inflicted... a few observations on the meaning of the Eighth Amendment 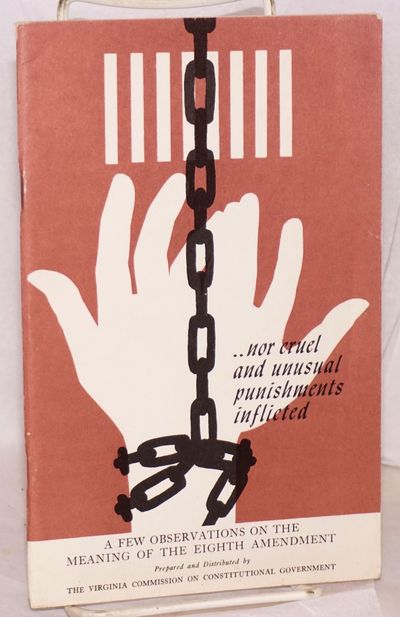 by Virginia Commission on Constitutional Government
Richmond: the Commission, 1965. 35p., very good in wraps. Conservative Southern perspective, challenging what the authors saw as "a mere squeamish sentimentality towards punishing criminals," turning the law into "a mere scarecrow for lawbreakers to laugh at." Discusses capital punishment, various forms of corporal punishment and imprisonment, etc. Argues that a return to the Founding Fathers would show that they "did not thus hamper our police in cleaning the cesspools of crimes which so often spill into our streets... (Inventory #: 177386)
$18.00 add to cart or Buy Direct from Bolerium Books
Share this item