The History of Land Titles in Massachusetts 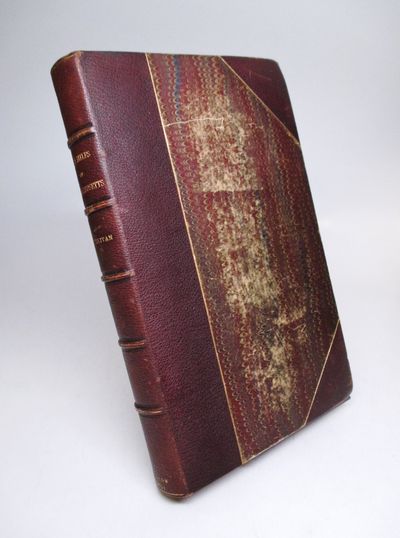 by SULLIVAN, James
Boston: I. Thomas and E. T. Andrews, 1801. First. hardcover. very good(-). Chart. x, [1], 392pp. 8vo, rebound in 20th century 3/4 brown morocco, corners bumped, boards rubbed, light foxing or light browning throughout. Boston: I. Thomas, and E. T. Andrews, for the Author, 1801. First Edition Author was a prominent lawyer from Maine. In 1776, after moving to Massachusetts, Sullivan became a justice of the Supreme Court of Massachusetts. After resigning from the Court in 1781, he served as a member of Congress. In 1790, Sullivan became attorney-general of Massachusetts and in 1807, he was elected governor of Massachusetts. "The following Treatise is intended to reduce the principles which govern real estates in this Commonwealth, to an easy and concise System", from the Author's preface of this work. This copy bears the ownership signature of Ezekiel Whitman on the title page. Ezekiel Whitman began his law practice in Maine. Later he served 4 terms in the United States House of Representatives. In 1822, Whitman was appointed a judge of the Court of Common Pleas of Maine. In 1841, Ezekiel Whitman was appointed chief justice of the Supreme Court of Maine. Howes S-1121. Shaw & Shoemaker 1375. (Inventory #: 241961)
$1,250.00 add to cart or Buy Direct from
Argosy Book Store
Share this item