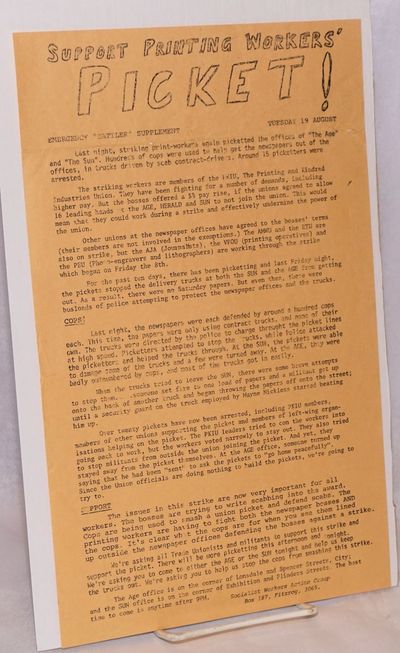 by Socialist Workers Action Group
[Melbourne, Australia]: the Group, 1975. 8x13 inch sheet mimeographed on one side, ten paragraphs of text, worn horizontal fold crease and several short edge tears. On a strike against two newspapers, the Age and the Sun, by Printing and Kindred Industry Union members. (Inventory #: 177451)
$18.00 add to cart or Buy Direct from Bolerium Books
Share this item