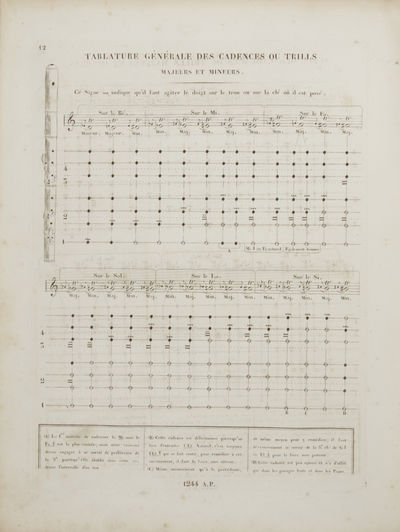 Binding quite worn, lacking spine, partially detached. Slightly worn, foxed and stained; a few leaves frayed and soiled at lower edges; several tears repaired. This edition not in Miller or Warner. OCLC (a later printing of 1860). Not located in BNF.

Devienne and Hugot were both prominent flutists and teachers. The present work is one of the most influential flute methods, offering insight into flute technique and performance practice, particularly late 18th century articulation; this "new edition" includes additional material not found in earlier editions. (Inventory #: 22206)
$715.00 add to cart or Buy Direct from
J. & J. Lubrano Music Antiquarians
Share this item