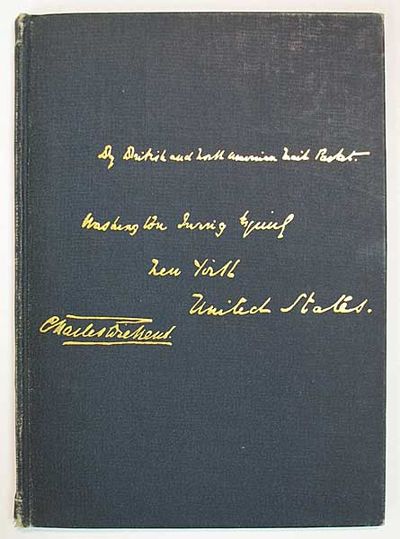 Andrews an active bookman most of his life, who, beginning in 1865, published 36 volumes of taste & distinction, of which 26 sprang from his pen, all of which can counted as rather uncommon if not down right scarce. Furthermore, Andrews, along with DeVinne [acknowledged as one of the most accomplished & admired printers of the day] plus 7 others, founded, in 1884, the famous New York society of bibliophiles, the Grolier Club. (Inventory #: 29177.1)
$1,450.00 add to cart or Buy Direct from Tavistock Books
Share this item

The WHITE ROAD To VERDUN

London : Hodder and Stoughton , 1916
(click for more details about The WHITE ROAD To VERDUN)