ZARDOZ ... Based on the Original Screenplay by John Boorman 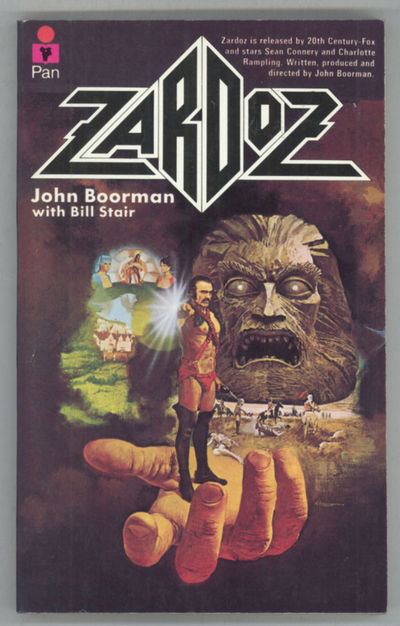 by Boorman, John and Bill Stair
London: Pan Books Ltd, 1974. Small octavo, pictorial wrappers. First edition. Pan Books 0-330-24056-0. Novelization of the 1974 film directed by John Boorman, starring Sean Connery. "A future society on the ruined Earth is divided into two regions: the Vortex and the Outlands, separated by an impenetrable force field. Within the Vortex live the Eternals -- immortal, possessed of high technology and given to a decadent aestheticism -- while in the Outlands dwell the Brutals, including a group called the Exterminators whose job is to keep the population level down." - John Brosnan and Others, SFE (online). Reginald 01620. A fine copy. Scarce in superior condition. (#142743) (Inventory #: 142743)
$35.00 add to cart or Buy Direct from L.W. Currey
Share this item
L.W. Currey Inc.
Offered by