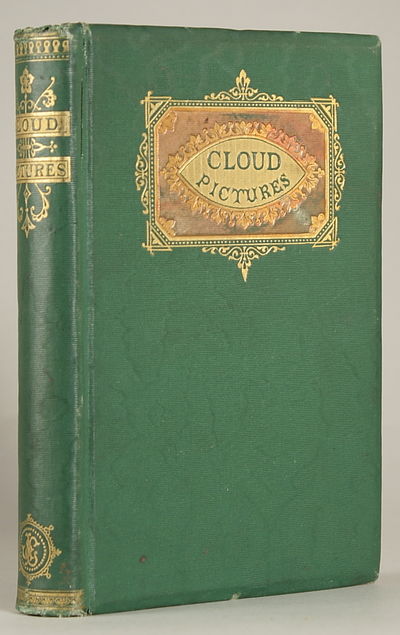 by Underwood, Francis H[enry]
Boston: Lee and Shepard, 1872. Octavo, pp. [i-v] vi [vii-viii] [1] 2-166 [167-168: blank] [note: last leaf is a blank], flyleaves at front and rear, original decorated dark green cloth with moiré pattern, front and spine panels stamped in gold and copper, slate coated endpapers. First edition. "A collection of four short stories, all fantastic, that has been overlooked by fantasy bibliographers. The first, 'The Exile of von Adelestein's Soul,' is the longest and the best. A nobleman accidentally runs down and kills a young crippled boy. His mother puts a curse on him. Subsequently, every night from 8 PM until 8 AM, von Adelstein goes into a cataleptic trance, waking up exhausted. He is slowly dying. The priest of the manor house consults Albertus Nyktalops, or Albert the Bat, who has a reputation of being a wizard -- which is a good thing, since the dead boy's mother has a reputation of being a witch. Working together, the priest and the wizard discover that the witch has reanimated the boy's corpse and is forcing von Adlestein's soul into it at night and forcing it to perform all sorts of degrading labors while lashing its back. While some of the most intriguing aspects of the story are not as developed as they might have been, this has some very interesting ideas. Among other things, it amounts to a psychic detective story. 'Herr Regenbogan's Concert' deals with synaesthesia." - Robert Eldridge. Wright (II) 2573. A bit of rubbing to edges, light wear along lower edges, a bright, very good copy. (#143278) (Inventory #: 143278)
$350.00 add to cart or Buy Direct from L.W. Currey
Share this item
L.W. Currey Inc.
Offered by