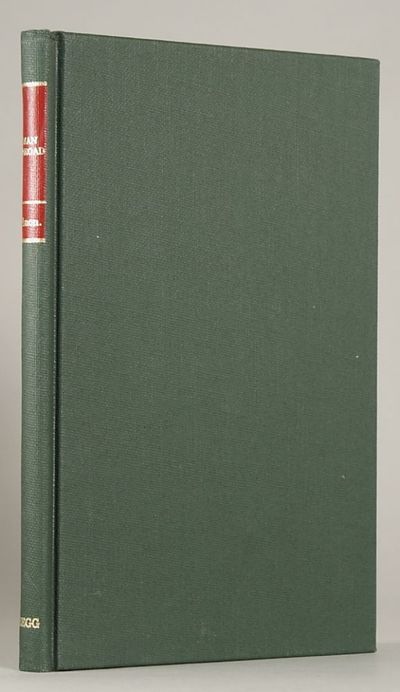 by Anonymous
Boston: Gregg Press, 1976. Octavo, cloth. First hardcover edition, first printing. Reset from the rare paperbound 1887 G. W. Dillingham edition. 257 copies printed. New introduction by Lyman Tower Sargent. This utopian novel, predicting an interplanetary war and the formation of a universal government based on the principles of Henry George, is an important work of early science fiction for its early use of the interplanetary war motif and its fascinating exploration of information control as a mechanism for social change. "The earliest example of conflict between different planets -- i.e., the space opera -- so far located." - Locke, Voyages in Space 16. Bleiler, Science-Fiction: The Early Years 1434. Sargent, British and American Utopian Literature, 1516-1985, p. 77. Bleiler (1978), p. 6. Reginald 09616. Reprint of Wright (III) 3594. A fine copy without dust jacket as issued. An uncommon Gregg Press title. (#143126) (Inventory #: 143126)
$150.00 add to cart or Buy Direct from L.W. Currey
Share this item
L.W. Currey Inc.
Offered by