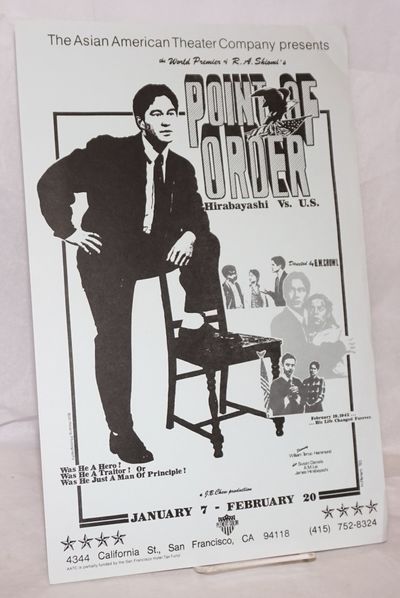 by Asian American Theater Company, R. A. Shiomi, design by H. Plenert, photos by Bob Hsiang
San Francisco: Asian American Theater Company, 1983. Single sheet poster 11x17 inches, illustration of William Teruo Hammond posing with his foot on a chair, and 3 other scenes from the play, on a light blue thin paper stock. Hirabayashi defied the government's move to put more than 100,000 of them in detention camps following the attack on Pearl Harbor. For his refusal, he was imprisoned more than a year. (Inventory #: 178397)
$20.00 add to cart or Buy Direct from Bolerium Books
Share this item