One to All: Wang Huaiqing 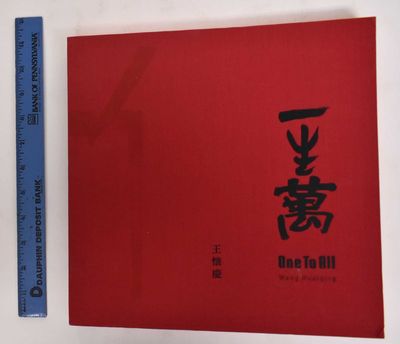 by Taiwan: Taipei Fine Arts Museum, 2012
Taipei, Taiwan: Taipei Fine Arts Museum, 2012. Hardcover. VG (Ex-library, with no markings, in Like New condition.). Red cloth boards are bound to block by flyleaves,156 pp., many color & BW illus. Text is in Chinese and English. Issed in conjunction with a 2012 exhibition at the Taipei Fine Arts Museum, Taiwan. Features the work of Chinese artist Wang Huaiqing (b. 1944). "Inspired by the white walls, black roof tiles and housing structures of the canal towns of southern China, as well as the spatial atmosphere of ancient Chinese culture, he developed a modern style that fully expressed sensibilities both old and new, immediate and distant." (foreword). (Inventory #: 135566)
$75.00 add to cart or Buy Direct from Mullen Books
Share this item