[Set of Eight Studio Lobby Cards for:] THE SEVEN-PER-CENT SOLUTION 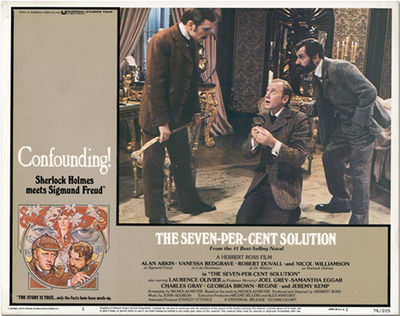