THE SENTINEL STARS: A NOVEL OF THE FUTURE .. 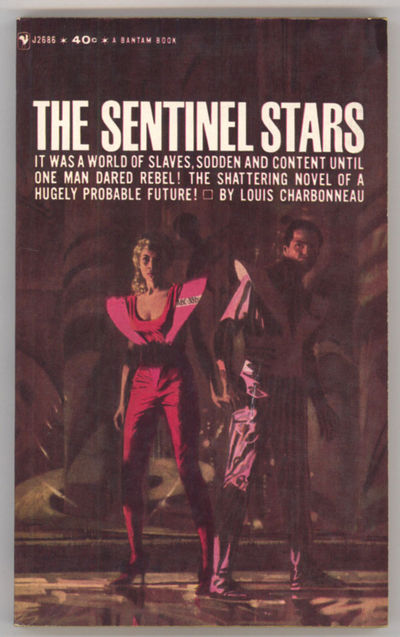 by Charbonneau, Louis
New York: Bantam Books, 1963. Small octavo, pictorial wrappers. First edition. Bantam Books J2686. Portrays a dystopian Earth in 2200, united under the control of a state that has virtually enslaved its citizens, assigning them alpha-numerical identities, social ranks, and enormous tax debts that take most of their lives to work off. It's a placid existence: no more war, no more politics, no more freedom -- until TRH-247 decides to rebel. Sargent, British and American Utopian Literature, 1516-1985, p. 286. Reginald 02880. Faint crease in middle of front cover, a nearly fine, unread copy. (#144013) (Inventory #: 144013)
$25.00 add to cart or Buy Direct from L.W. Currey
Share this item
L.W. Currey Inc.
Offered by