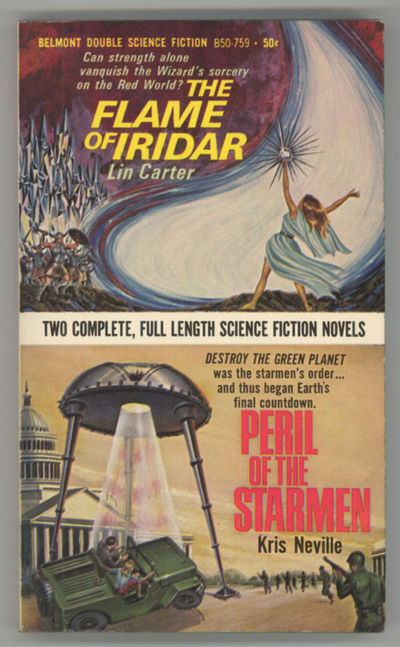 by Carter, Lin
New York: Belmont Books, 1967. Small octavo, pictorial wrappers. First edition. Belmont Double Science Fiction B50-759. Carter's short novel is is fantasy set on another planet, not SF. In Neville's forgettable space opera, PERIL OF THE STARMEN (first published in IMAGINATION, January 1954), the very bad Oligarchs of Brionmar have destroyed five inhabited planets and the Earth is next. Reginald 02700 and 10635. A nearly fine, unread copy. Bound with PERIL OF THE STARMEN by Kris Neville. (#143986) (Inventory #: 143986)
$25.00 add to cart or Buy Direct from L.W. Currey
Share this item
L.W. Currey Inc.
Offered by

THE HOUSE OF THE VAMPIRE ..

New York : Moffat , 1907
(click for more details about THE HOUSE OF THE VAMPIRE ..)
View all from this seller>