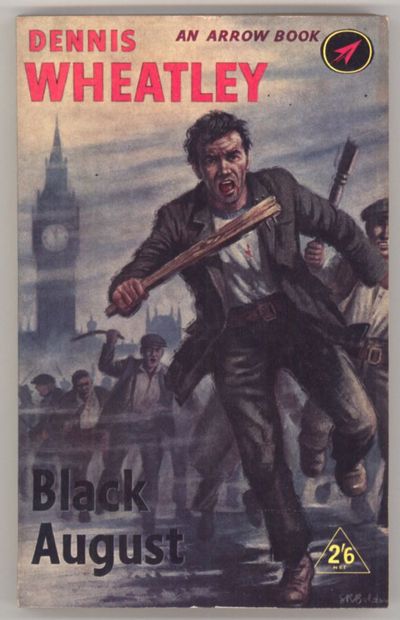 by Wheatley, Dennis [Yates]
[London]: Arrow Books, 1960. Octavo, pictorial wrappers. First paperback edition? Arrow 560. Tuck mentions two printings of this paperback edition, one in 1960 at 2/- and one in 1963 at 2/6. The present copy has a cover price of 2/6 but a printing statement of 1960. Wheatley's third novel, originally published in 1934, introduced his series character Gregory Sallust and presents "a Wellsian view of England in the future during a Communist revolution." - Reilly (ed), Twentieth-Century Crime & Mystery Writers, third edition (1991), p. 1078. A bright, nearly fine copy. Cover illustration by Boldero. (#144027) (Inventory #: 144027)
$25.00 add to cart or Buy Direct from L.W. Currey
Share this item
L.W. Currey Inc.
Offered by

SHEYKH HASSAN: THE SPIRITUALIST. A VIEW OF THE SUPERNATURAL

London : W. H. Allen & Co. , 1888
(click for more details about SHEYKH HASSAN: THE SPIRITUALIST. A VIEW OF THE SUPERNATURAL)
View all from this seller>