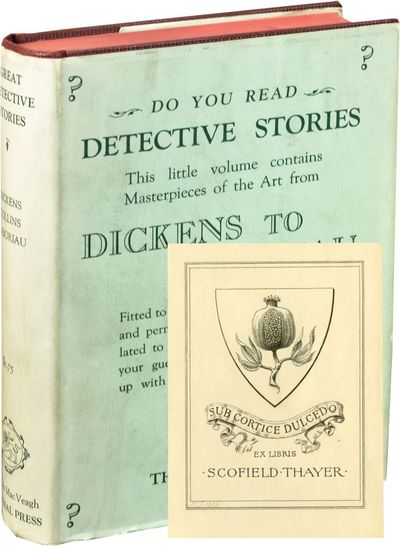 Contains "Inspector Bucket," by Charles Dickens, "Sergeant Cuff," by Wilkie Collins, and "Monsieur Lecoq, Master-Mind," by Emile Gaboriau. The second volume in the "Great Detective Stories" series, comprised of three volumes. The series is uncommon, and to find editions in dust jackets is exceedingly difficult.

Near Fine in a Very Good plus dust jacket. Spine ends lightly bumped. Jacket spine and folds faded, with light rubbing, and a few small closed tears and a tiny chip. (Inventory #: 131769)
$200.00 add to cart or Buy Direct from Royal Books
Share this item
Royal Books, Inc.
Offered by