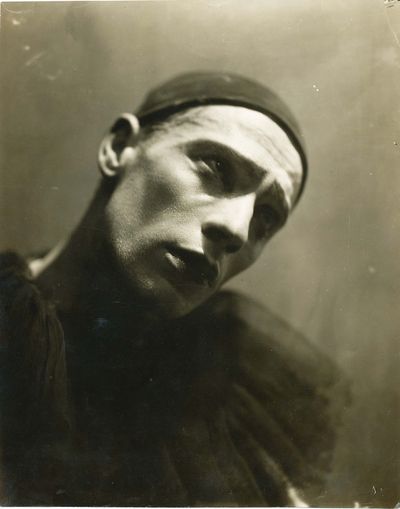 Known as the "Russian Pierrot," Alexander Vertinsky (1889-1957) was a Russian artist, poet, singer, and composer. Vertinsky developed a variety act employing the costume and Pierrot from the Commedia Dell'Arte. He would sing ariettas or "Pierrot's doleful ditties," which became immensely popular before the Revolution. (Inventory #: 1130)
$300.00 add to cart Available from Golden Legend
Share this item
Golden Legend, Inc.
Offered by