A TRACE OF MEMORY 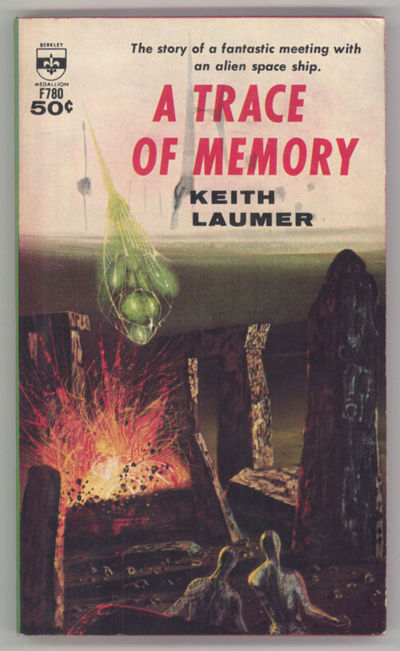 by Laumer, Keith
New York: A Berkley Medallion Book published by Berkley Publishing Corporation, 1963. Small octavo, pictorial wrappers. First edition. Berkley Medallion F780. The ground under Stonehenge opens up and releases luminescent globes ("hunters") buried for centuries by an alien culture. In an underground chamber the human protagonists discover how to land the alien spacecraft that has been orbiting Earth, unnoticed, for thousands of years. A somewhat unusual variation on the alien invasion theme, as it concentrates on the present and past rather than the future. Reginald 08688. Faint cover creases, nice clean interior, a very good copy with bright cover. Cover art by Richard Powers. (#144039) (Inventory #: 144039)
$25.00 add to cart or Buy Direct from L.W. Currey
Share this item
L.W. Currey Inc.
Offered by