SLEEP NO MORE: TWELVE STORIES OF THE SUPERNATURAL 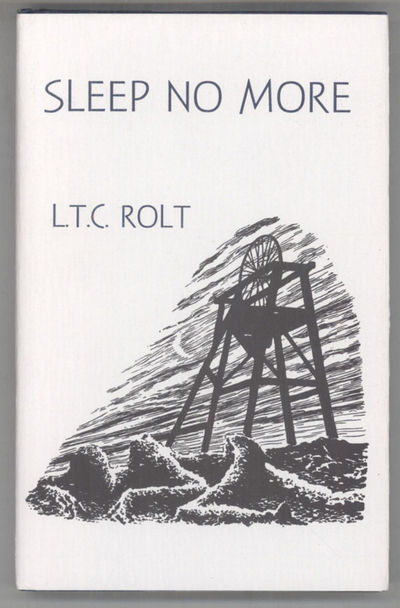 by Rolt, L[ionel] T[homas] C[aswell]
Penyffordd, Chester: Ash-Tree Press, 1996. Octavo, cloth. Enlarged edition. One of 400 numbered copies. A reprint of the 1948 edition with two new stories, "The Shouting" and "The House of Vengeance," both written after the publication of SLEEP NO MORE, and Rolt's 1956 essay, "The Passing of the Ghost Story," a new introduction by Christopher Roden, and an afterword by Hugh Lamb. "Supernatural tales, traditional in theme and treatment, somewhat after the manner of M. R. James. Rolt has a distinctive flair, however, for the uncanny imagery, particularly in an industrial setting; 'The Mine' and 'Hawley Bank Foundry' demonstrate this to good effect." - Robert Knowlton. "An exceptionally original collection of ghost stories ... Rolt had the special talent of combining folkloric spontaneity with artful sophistication." - Sullivan (ed), The Penguin Encyclopedia of Horror and the Supernatural, p. 355. Ashley, Who's Who in Horror and Fantasy Fiction, p. 156. Barron (ed), Horror Literature 3-170. Bleiler, The Guide to Supernatural Fiction 1415. Not in Reginald (1979; 1992). A fine copy in fine dust jacket. (#144465) (Inventory #: 144465)
$350.00 add to cart or Buy Direct from L.W. Currey
Share this item
L.W. Currey Inc.
Offered by