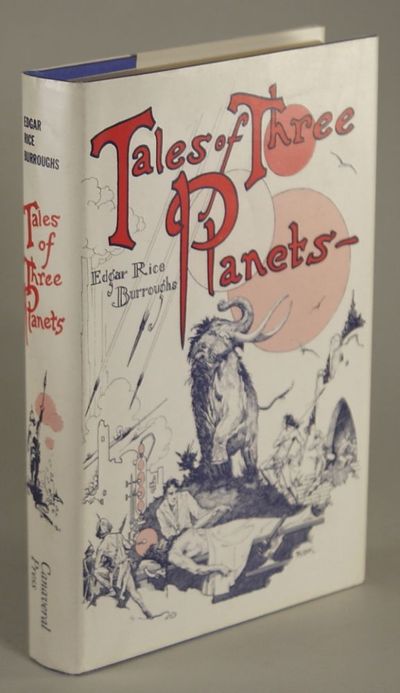 by Burroughs, Edgar Rice
New York: Canaveral Press, 1964. Octavo, illustrations by Roy G. Krenkel, cloth. First edition. Blue cloth variant binding. Collects four stories, "Beyond the Farthest Star" (1942), "Tangor Returns" (part two of "Beyond the Farthest Star," first published here), "The Resurrection of Jimber-Jaw" (1937), and "The Wizard of Venus" (first appearance in print), with introduction by Richard A. Lupoff. "The Wizard of Venus" was apparently intended to be the opening segment of a new series of interconnected novelettes that would have become the fifth novel in the saga of Carson Napier on the planet Venus. Reginald 02314. A fine copy in fine dust jacket. (#144852) (Inventory #: 144852)
$350.00 add to cart or Buy Direct from L.W. Currey
Share this item
L.W. Currey Inc.
Offered by