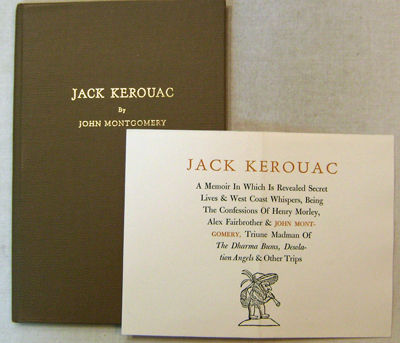 by Montgomery, John (Kerouac, Jack)
Fresno: Giligia Press, 1970. First Edition. Hardcover. Fine. One of 200 clothbound copies of this memoir by a friend of Jack Kerouac who appeared in several of his books including Dharma Bums and Desolation Angels. As new condition. Laid in to this copy is the folded one-page Prospectus for this title. (Inventory #: 17289)
$125.00 add to cart or Buy Direct from Derringer Books
Share this item
Derringer Books
Offered by

Dusseldorf : Plano Druck GmbH, the Artist and Siemens AG , 1991
(click for more details about Eine Firma)
View all from this seller>