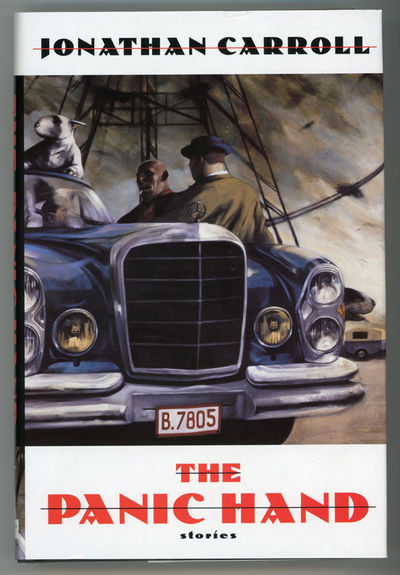 by Carroll, Jonathan
New York: St. Martin's Press, 1996. Octavo, boards. First U.S. edition. Collects twenty stories, adding "The Black Cocktail," which was not included in the 1995 UK HarperCollins edition. "'My Zoondel' features one of Carroll's favorite motifs--a magic dog--whose powers to detect werewolves are pushed to the limited during a brief walk around the block in crime-infested Manhattan. In several stories, characters encounter projected manifestations of their own or others' personalities, as in the imaginary playmate who becomes an agent of revenge in 'Mr. Fiddlehead' ... Carroll's horrors are often little more than the anxieties and neuroses of his characters write large, and thus all the more disarming for their tendency to emerge casually and assume complete control of a situation." - Stefan Dziemianowicz in Barron (ed), Fantasy and Horror (1999) 6-80. Barron (ed), Fantasy and Horror (1999) 6-80. A fine copy in fine dust jacket. (#145268) (Inventory #: 145268)
$45.00 add to cart or Buy Direct from L.W. Currey
Share this item
L.W. Currey Inc.
Offered by