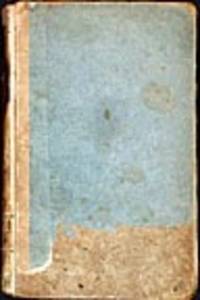 by PENNSYLVANIA. - [John S. WIESTLING & Francis Rawn SHUNK (1788-1848), compilers]
Harrisburg: Printed by John S. Wiestling, 1825. Octavo. (9 3/16 x 5 3/4 inches). (Browned). Original paper-covered boards, expert repairs to joints, extremities worn. Modern cloth box, morocco lettering-piece to spine Provenance: Walter Cresson, Philadelphia (19th-century book-label) 'The object of the compilers of this volume is to present to the people of Pennsylvania the constitutions of the province and the commonwealth, and the mode and manner in which the several changes in the frame of government were made' (Introduction). According to the copyright notice on the verso of the title page, this valuable historical survey was compiled by John S. Wiestling (who also printed it) and Francis Rawn Shunk hwo went on to serve as Governor of Pennsylvania from 1845 to 1848. It is presented in five parts: the first part includes a reprint of the charter granted to William Penn, early government frames from 1682, 1683, 1696 and 1701 and laws agreed upon in England in 1682. The second part concerns the convention of 1776; the third part is on the later convention of 1789-1790 (the first and second sessions, and the constitution of 1790). The final part reprints the 'act of the 28th March, 1825, for ascertaining the opinion of the people of this commonwealth relative to the call of a [new constitutional] convention'. Shaw & Shoemaker 21819. (Inventory #: 17672)
$650.00 add to cart or Buy Direct from
Donald A. Heald Rare Books
Share this item
Donald A. Heald Rare Books
Offered by