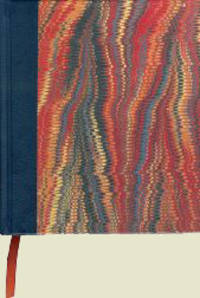 by Seale, William
[Alexandria, Virginia]: Alexandria Library Company, 2007. hardcover. 4to. hardcover. xiv, 160 pages. The Alexandria Library Company describes a rare American library in Virginia and the booklovers associated with it through two centuries. Historian William Seale presents the story--through good times and bad--of this historic library company, which has been in business since 1794. Sponsored by the Company, the book is documented from the shelves and boxes of early manuscripts that chronicle the history of the organization. Old leather volumes preserve the minutes from the founding to the present, while volumes of library records reveal what books were checked out and by whom, as well as the names of those who were charged late fees. Early political figures like Charles Lee joined churchmen like Dr. James Muir and tavern keeper John Wise in membership; their fellow subscribers were lawyers, cabinetmakers, coach makers, ship captains, planters, farmers and other townspeople. Women were among the early members. The hundreds of subscribers included Mrs. G.W.P. Custis of Arlington, who had a strong taste for Sir Walter Scott's romances and was in fact listening to one being read aloud by a young Robert E. Lee, when he took a break and left the room to propose to her daughter.

The focus of The Alexandria Library Company in the illustrations and the text is on the surviving books of the Alexandria Library Company, some 1,800 volumes, many of which were published in the eighteenth century. At least one volume came from the library of George Washington. Novels, histories, geographical and travel books, published diaries, bound newspapers and political and religious treatises show the reading tastes of early Alexandrians, and the membership included people of nearly every walk of life. The Company joined the city of Alexandria in founding the public library in 1937, and continues participating in the supervision of the library. Fifty years ago, the Company began sponsoring an annual lecture, which is held in Alexandria.

This handsomely designed book is a book collector's delight, borrowing its special appearance from the mellow old books in the collection. The Alexandria Library Company consists of a narrative history, a bibliography of the historic books and a list of members through two centuries. It contains over 50 color illustrations, including historic portraits and images of many of the early books. Distributed by Oak Knoll for the Alexandria Library Company. (Inventory #: 93893)
$50.00 add to cart or Buy Direct from Oak Knoll Books
Share this item

PAPER AND COLOUR: DYES AND DYEING AROUND THE WORLD

Ann Arbor, MI : The Legacy Press , 2022
(click for more details about PAPER AND COLOUR: DYES AND DYEING AROUND THE WORLD)

MEMOIRS OF THE LIFE OF THE LATE JOHN MYTTON, ESQ

London : Kegan Paul, Trench, Trubner & Co , 1877
(click for more details about MEMOIRS OF THE LIFE OF THE LATE JOHN MYTTON, ESQ)
View all from this seller>