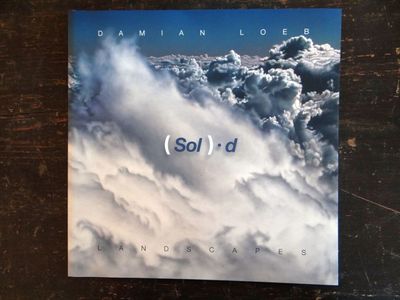 by Schweickart, Russell L.
New York: Acquavella Galleries, 2014. Softcover. VG. Color illus. wraps, French flaps, unpaginated, many color illus. Issued in conjunction with a 2014 exhibition featuring these intriguing earth and atmospheric views by American artist Damian Loeb (b. 1970). With an essay by astronaut Russell L. Schweickart, and many full-color views to take in. "The show's title is taken from a scientific and literary naming convention for newly discovered planets. 'Sol' specifies our star, and, beginning with the letter b for Mercury, each orbiting body is represented by a subsequent letter. As the third planet from the sun, Earth is referred to as 'Sol d.' (Inventory #: 140934)
$29.99 add to cart or Buy Direct from Mullen Books
Share this item