The Alleged Journey, and the Real Journey of James White, on the Colorado River, in 1861: The Trail Magazine Vol. XII, No. 4 September 1919 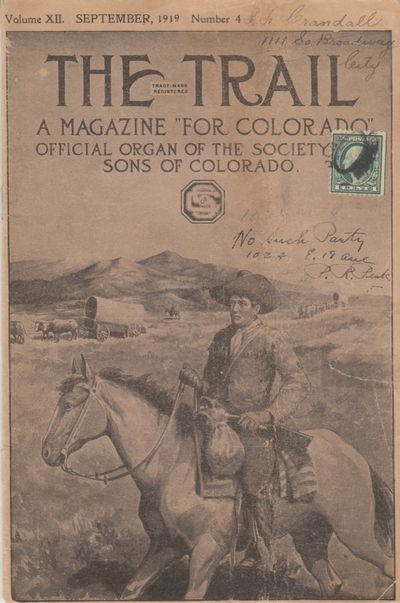 by Stanton, Robert Brewster
Denver, CO: Society of the Sons of Colorado. Good. 1919. Softcover. Scarce copy of Trail Magazine with an article by Robert Brewster Stanton, in which he evaluates the evidence for James White's claims to have been the first Anglo man to have floated the Grand Canyon, before John Wesley Powell. This article was published several years before Stanton's death and thirteen years before the posthumously-published Colorado River Controversies. Not listed in Farquhar's Grand Canyon bibliography. Only six copies listed in OCLC. Appears to have been mailed at some point due to postage stamp and ink address on front wrap. Booklet has an overall crease that is lightly rubbed on front wrap, a few dogeared corners.; Book; 8vo - over 7¾ - 9¾" tall . (Inventory #: 007086)
$110.00 add to cart Available from
Back of Beyond Books
Share this item

Lincoln: a Picture Story of His Life

Norwalk, Connecticut : The Easton Press , 2009
(click for more details about Lincoln: a Picture Story of His Life)

New Mexico : Press of the Palace of the Governors , 1990
(click for more details about Bulletin in Bold Characters)
View all from this seller>