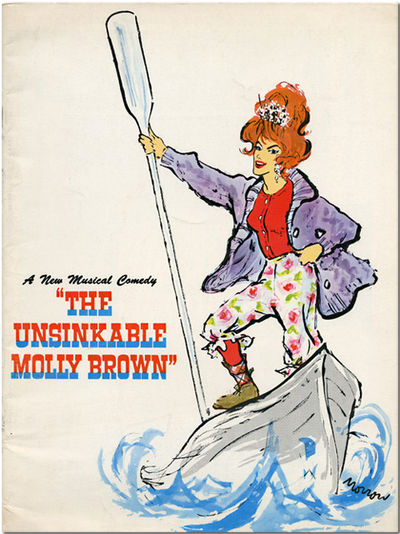 by [Morris, Richard (sourcework)]
[New York: The Theatre Guild, 1960. [20]pp. Quarto. Pictorial self-wrappers. Black & white photographs. Some little handsoiling at spine, else fine. Souvenir program produced for the run of the play, a new musical comedy by Richard Morris, with music by Meredith Wilson, choreography by Peter Gennaro, presented at the Winter Garden Theatre. Dore Shary directed Tammy Grimes, Harve Presnell, Mony Daimes, and Mitchell Gregg, among others. The program features a "Broadway Meditation" by Meredith Wilson extolling the virtues of the author Richard Morris, many production scenes, and biographies of each of the principal players. The play had a run of 532 performances. (Inventory #: WRCLIT70668)
$30.00 add to cart or Buy Direct from
William Reese Co. - Literature
Share this item