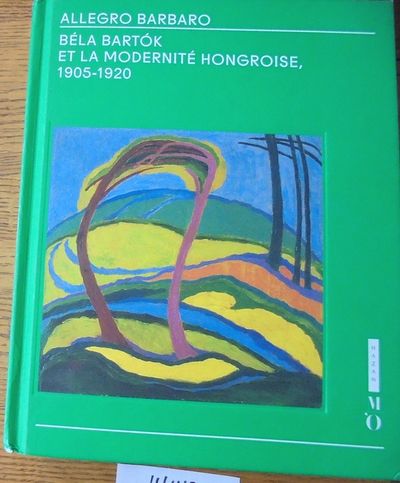 by Garki, Gergely (with others)
Paris: Hazan, 2013. Hardcover. VG. Electric green boards with color illustration and white lettering. All page edges neon red. 274 pp. with color plates, duotone illustrations and a map. Text in French. An amazing catalogue, to accompany the exhibition at the musee d'Orsay, 14 October, 2013 to 5 January, 2014, about Bartok and Hungarian modernism. With 8 scholarly essays, including one on the international avant-garde and national identity centering on how Bartok based his works on the folk genre. Includes the catalogue of plates, chronology, list of works, bibliography and extensive index. The essays are peppered with illustrations and photographs of Hungary, music, art, etc. in the early 20th century. (Inventory #: 141113)
$35.00 add to cart or Buy Direct from Mullen Books
Share this item