Three Pamphlets Issued By the Ninovan Council, No. 198; Membership Directory; By- Laws; Principles, Objects and Constitution 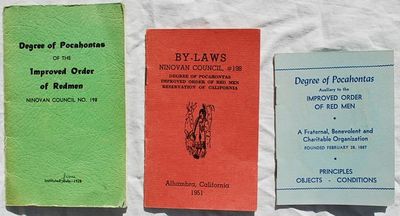 Santa Cruz, CA : Peter and Donna Thomas , 2021
(click for more details about Evidence: Overruns and Ephemera)
View all from this seller>