This Affects All of Us: The Briggs Initiative: a case study of anti-gay activity in California [pamphlet] 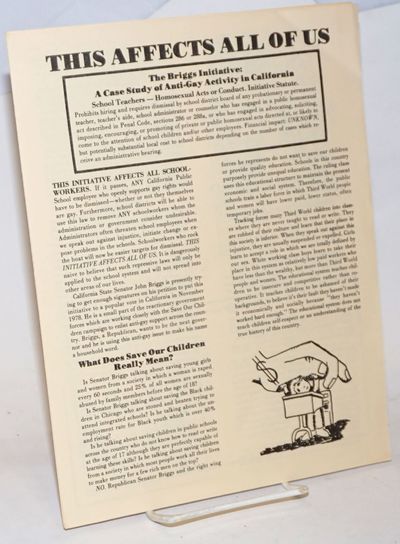