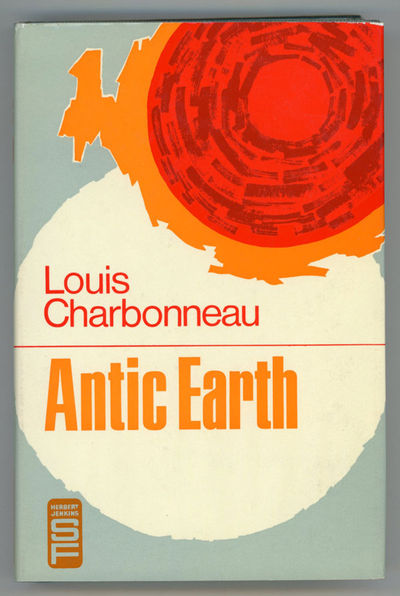 by Charbonneau, Louis
London: Herbert Jenkins, 1967. Octavo, boards. First edition. A tale of the future set in space on Emergency Landing Station No. 17, a tiny, isolated outpost (one of twenty-three along the major space routes throughout the galaxy) where the human tenders live in an artificial, electronically created environment, assisted by a computer and an android "Technician." Civilization on Earth is destroyed by nuclear war and the human spacefaring Outlanders form a Governing Council, headquartered on Mars. A criminous Outlander, Edward Rakow, stealthily lands on the planetoid to terrorize the family of four who tend the station and take it over, but his intended victims successfully fight him off. Published later in the U.S. as DOWN TO EARTH (1967). Clarke, Tale of the Future (1978), p. 153. Pringle, The Ultimate Guide to Science Fiction, second edition (1999), p. 106. Reginald 02874. Top edge of text block foxed, else a fine copy in fine price-clipped dust jacket. (#146415) (Inventory #: 146415)
$75.00 add to cart or Buy Direct from L.W. Currey
Share this item
L.W. Currey Inc.
Offered by