An Account of the Abipones, an Equestrian People of Paraguay, From the Latin of Martin Dobrizhoffer, eighteen years a missionary in that country 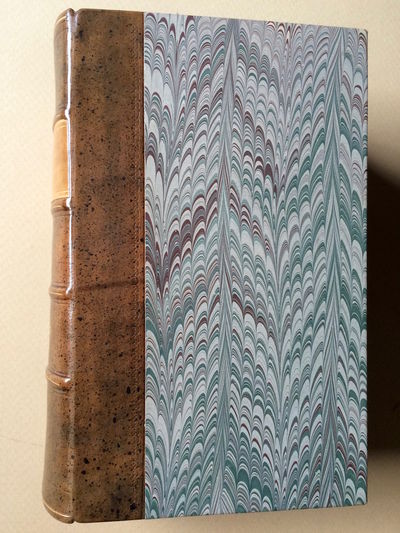 by Dobrizhoffer, Martin
London: John Murray, 1822. First edition. Octavos, 3 vols., pp xii, 435; v, 446; vi, 419. First published in Vienna simultaneously in Latin and German in 1784, this is the first English edition; I find no records of any other translations. The English translation was often attributed to Robert Southey, but was in fact the work of Samuel Taylor Coleridge's daughter, Sara. Coleridge pere thought very highly of her work, calling it "unsurpassed for pure mother-English by anything I have read for a long time." Dobrizhoffer (1717-91) was a German Jesuit who served in the Paraguayan missions from 1748 til the Jesuit expulsion in 1767, laboring among the Guarani and Abipones. Cunninghame Graham (Vanished Arcadia) says:" Most certainly he was one of the Jesuits who understood the Indians best, and his descriptions of them and their life are among the most delightful which have been preserved..." His tales of his adventures among these native peoples were in fact so beautifully and simply told that he was often invited by the Empress Maria Christina to come to the court and relate them to her. (Catholic Encyclopedia 1910 ed.) Sabin [20414] says: "Highly eulogized by Coleridge, Southey, Charles Lamb, Lowndes and Brunet. It is almost the only work relating to this almost unknown tribe of Indians, and is a memorial of nearly eighteen years of suffering and toil amongst a most savage race". (Borba de Moraes 267) Ex library, but with the library's small oval perforated blind stamp on a few pages only: rebound in half calf over marbled boards. Very nice copy. (Inventory #: 6290)
$850.00 add to cart Available from Plaza Books
Share this item

Picturesque Mexico. The Country, The People, The Architecture

Berlin : Atlantis , [1925]
(click for more details about Picturesque Mexico. The Country, The People, The Architecture)