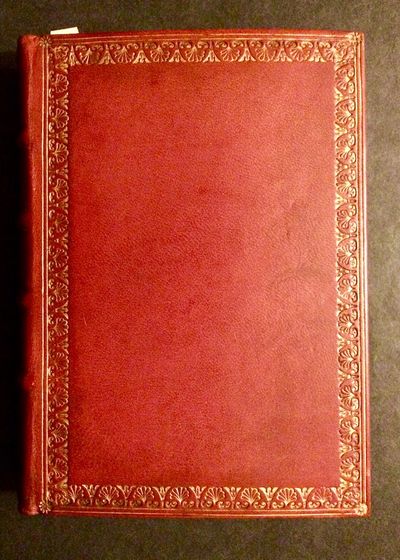 by [Ortega, Jose]
Barcelona: Pablo Nadal, 1754. First edition. Quarto, [12ff], 452 pp, [4ff], and errata leaf. Although anonymous, the author is known to be Father Jose Ortega (1700 - 68). A native of Tlaxcala, he was a Jesuit missionary in Narayit province for 30 years; Beristain was the first to describe Fr. Ortega as the definite author of this work, who also wrote a confessional ,a grammar and sermons in the Cora language, as it was among the Coras that he spent most of his life. This book concerns the missionizing of Nayarit, Pimeria Alta, and California (Baja). Pimeria Alta was largely the work of Fr. Kino, and included southern Arizona: for this section, Ortega drew heavily, but not exclusively, on Kino's "Favores Celestiales" (which Prof. Bolton translated in 1919 as "Kino's Historical Memoir of Pimeria Alta). The section on California is taken from Fr. Consag's diary of his trip up the coast as far as the Colorado River, which he entered, and, incidentally, again proved that California was not an island: this diary has also been published. Ortega's work is an important primary source for the Spanish Southwest . "Apostolicos Afanes" was reprinted in 1883 in Mexico with the title "Historia de Nayarit, Sonora, Sinaloa y ambas Californias ..." Scarce work according to Palau. [Wagner Spanish Southwest 407-10: Palau 204880; Beristain iv:57.] Title page expertly repaired; small stain upper inside corner affecting about 100 pp (not affecting text). Marca de fuego on top edge, as yet unidentified. Bound in 19th century dark red morocco, gold floral fillet around edges, raised bands alternating with gilt fleurons, gilt title. Very nice copy of a book that is quite scarce on the market. (Inventory #: 6720)
$10,500.00 add to cart Available from Plaza Books
Share this item

Schat-Chen / History, Traditions, and Narratives of the Queres Indians of Laguna and Acoma

Albuquerque, NM : Albright and Anderson , 1917
(click for more details about Schat-Chen / History, Traditions, and Narratives of the Queres Indians of Laguna and Acoma)