Letters to a Mother on the Philosophy of Froebel 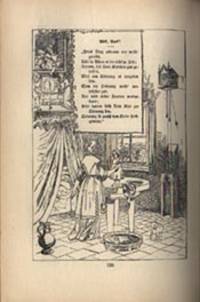 by Blow, Susan E.
New York: D. Appleton and Company, 1899. First Edition. No. 45 in the International Education Series edited by W. T. Harris. 8vo; (2), x, 311, (1-blank), (2-ads), 11 full-page illustrations & 2 text figures; neat owner's name at top of flyleaf, bookplate removed from front pastedown; original dark green cloth lettered and decorated in red & black; minor rubbing to tips and spine ends else very good. Susan Elizabeth Blow (1843-1916), kindergarten educator, born in St. Louis, was educated at home except for two years at Miss Haines' School in New York City. She lived for a year and a half in Brazil, where her father was U. S. minister, then traveled in Europe where, in Germany, she encountered the kindergarten work of Fiedrich Froebel. With the encouragement of William T. Harris, superintendent of St. Louis schools and central figure of the philosophical group know as the "St. Louis Movement," Miss Blow studied with a disciple of Froebel's widow. This led to her opening the first public school kindergarten in America (Des Peres School, St. Louis) in 1873. She then founded a training school for kindergarten teachers, also the first of its kind in America. Blow lectured extensively on kindergarten matters, including at Teacher's College Columbia during 1905-1909, and had a high position in the International Kindergarten Union. She wrote five books for the International Education Series. LETTERS TO A MOTHER is one of the best statements of her philosophy of "symbolic education". Prominently mentioned or quoted from are, Rousseau, Pestalozzi, John Dewey, William James, Darwin, and Mary Putnam Jacobi. NAW I, pp. 181-182. The Book of Women's Firsts, p. 57. Timelines of American Women's History, p. 177. (Inventory #: 8976)
$750.00 add to cart or Buy Direct from
Priscilla Juvelis
Share this item