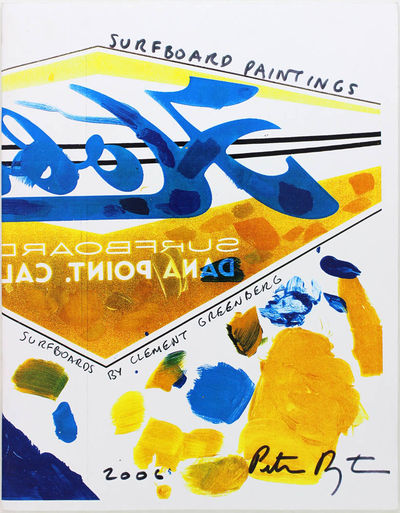 by DAYTON, Peter
New York: Winston Wätcher Fine Art, 2006. Fine in illustrated staple-bound wrappers, with minor edgewear.. Second Edition. Quarto. SIGNED, numbered, and dated by Peter Dayton, in an edition of 50 copies. Dayton has additionally written "2nd EDITION" on the verso of the back cover, beneath his signature. Published in conjunction with the exhibition "Peter Dayton: 'Surfboards by Clement Greenberg'" at Winston Wächter Fine Art, New York, 2006. With an essay by Bridget L. Goodbody. (Inventory #: 16968)
$40.00 add to cart or Buy Direct from Harper's Books
Share this item
Harper's Books
Offered by