The Nigger of the "Narcissus." Preface 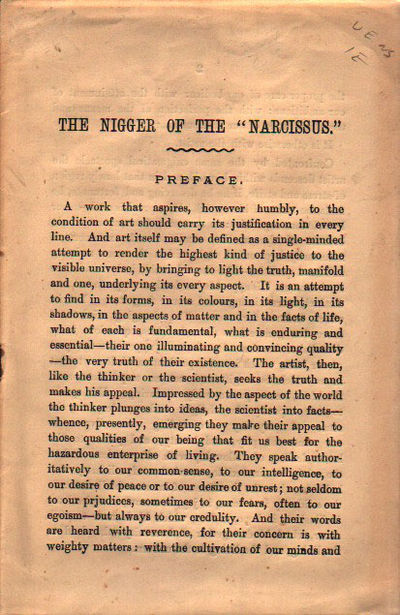 Limited to 100 copies of which Conrad destroyed 40, reprinted from the "New Review" of December 1897 although greatly revised, eight stapled pages, page 8 is blank, written between January and August 1897, this separately printed preface announced his artistic creed, it was not reprinted until the second American edition of 1914, Cagle A3f, Keating 13. Slight age toning to pages, staples rusted, else near fine, now housed in a chemise inserted into a beautiful quarter leather slipcase with title and author in gilt. (Inventory #: JD31460)
$4,000.00 add to cart Available from
James M. Dourgarian, Bookman
Share this item