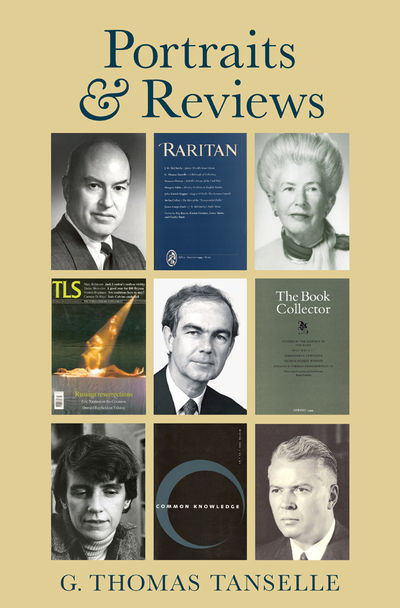 by Tanselle, G. Thomas
Charlottesville: Bibliographical Society of the University of Virginia, 2015. hardcover, dust jacket. 6 x 9.25 inches. hardcover, dust jacket. 500 pages. This volume brings together a selection of the biographical sketches and reviews that G. Thomas Tanselle has written since 1959. These two genres of writing focus on individuals; taken together they show how a biographical approach can serve to characterize a whole field - in this case, the world of books and bibliographical and textual scholarship. Because the pieces gathered here cover major figures and landmark works, along with those lesser known, the collection provides a picture of what was going on in the scholarly book world of the past half-century. Several of the pieces have an autobiographical element, for the author has known many of the people whose lives and works he discusses.

COLLECTION OF PRINTING FROM WOODBLOCKS.|A

Kent, United Kingdom : Florin Press, The , 2021
(click for more details about COLLECTION OF PRINTING FROM WOODBLOCKS.|A)