A Master's Guide to Building a Bamboo Fly Rod 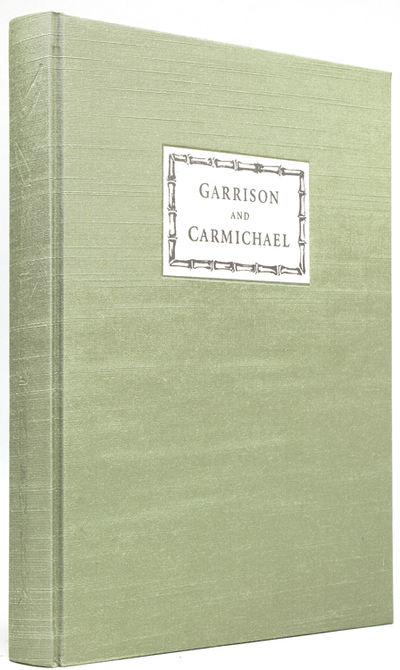 signed Illustrated with drawings, tables and photographs. 1 vols. 4to

Nearly twenty thousand copies of this book have been sold, in previous trade editions; this is one of only 36 Deluxe copies (the edition quickly sold out), and contains two glossy photographs (one of Garrison and family members in which he holds one of his rods, the other of Carmichael working on a rod of his own), and an ALS of Garrison.

The Open Boat And Other Tales of Adventure

New York : Doubleday & McClure Co , 1898
(click for more details about The Open Boat And Other Tales of Adventure)

Report of the Tenement House Committee

Albany : James B. Lyon , 1895
(click for more details about Report of the Tenement House Committee)
View all from this seller>