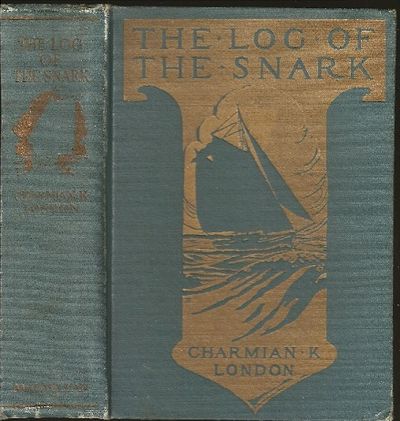 Charmian Kittredge London (November 27, 1871-January 14, 1955) was Jack London's second wife. After divorcing Bess Maddern London in 1904, London married Charmian Kittredge the following year. Biographer Russ Kingman called Charmian "Jack's soul-mate, always at his side, and a perfect match." She was the author of several books about her life with Jack London: The Log of the Snark, Our Hawaii and The Book of Jack London. The last is considered by scholars to be an important but flawed source of biographical information on London: Clarice Stasz calls it "an uneven account that omits Jack's illegitimacy, yet has surprisingly frank information nonetheless concerning his personality." Their relationship became the subject of a book, Clarice Stasz' American Dreamers. The couple had no children who survived them. One died soon after being born, and another pregnancy ended in a miscarriage. Shortly after the death of Jack London, Charmian had an affair with Harry Houdini. A PBS source cites an Houdini biographer, saying: Most of the evidence of their affair, convincingly reconstructed by Houdini biographer Kenneth Silverman, comes from brief entries in Charmian's diaries. They saw each other over several weeks early in 1918 while Charmian was living in New York, where Houdini was starring in the patriotic World War I extravaganza, "Cheer Up." Charmian wrote that after they saw each other a few times, Houdini made a "declaration" that "rather shakes me up." They became intimate a short time later. She wrote that one visit by Houdini had "stirred me to the deep," and that he apparently felt the same, declaring, "I'm mad about you," and "I give all of myself to you." Throughout, she refers to him alternately as "Magic," her "Magic Man," or "Magic Lover." As intense as it apparently was, their attachment did not last long. Charmian, the "New Woman" whose marriage to London had included open sexual experimentation, never stopped seeing other men.