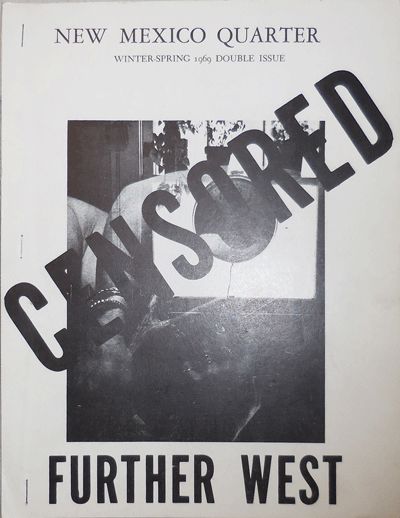 by McClure, Michael, Joyce, James, Kandel, Lenore, Benedetti, David, Rodefer, Stephen and Creeley, Robert
New Mexico: New Mexico Quarterly, 1969. First edition. Paperback. Near Fine. Tall, side-stapled wrappers. The scarce censored issue of New Mexico Quarterly. A near fine copy. Includes poems that were meant to be published in the regular edition of The New Mexico Quarterly but apparently were censored and needed to be published separately here. Rear cover includes a rated R grainy black and white photograph of a man and a woman (Yoko Ono and ??). (Inventory #: 20821)
$250.00 add to cart or Buy Direct from Derringer Books
Share this item
Derringer Books
Offered by

RN: The Past, Present and Future of the Nurse's Uniform

by Art and Fashion - Mark Dion and J. Morgan Puett

Philadelphia : Fabric Workshop and Museum , 2003
(click for more details about RN: The Past, Present and Future of the Nurse's Uniform)