Foolin' Around; Illustrations by Robert Crosby 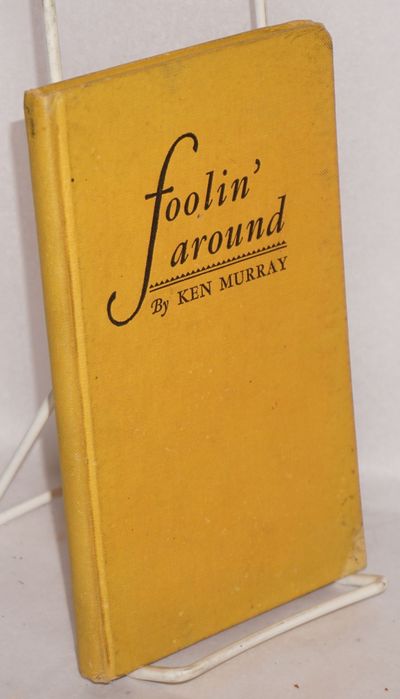 by Murray, Ken
Los Angeles: Published and for sale by The Cider Press, 1932. Hardcover. [60]p., linedrawn illustrations (many of which celebrate cigar-use), hardbound in 7x4 inch cloth boards; casing is somewhat handled and has a touch of old dampstain to lower corner, no ownership or other marks but gutters throughout are oddly crimped (a bindery carelessness). A good-only copy. No dj. The humor is astonishingly lame, and quite clean; one imagines Murray had loyal followers amongst elderly white diners-out. Illustrations are stereotypes to accompany Murray's middle-class stand-up: on Africa, Russia, Mexico, Sir Walter Raleigh's England, and the horse-racing world, (Inventory #: 193735)
$20.00 add to cart or Buy Direct from Bolerium Books
Share this item