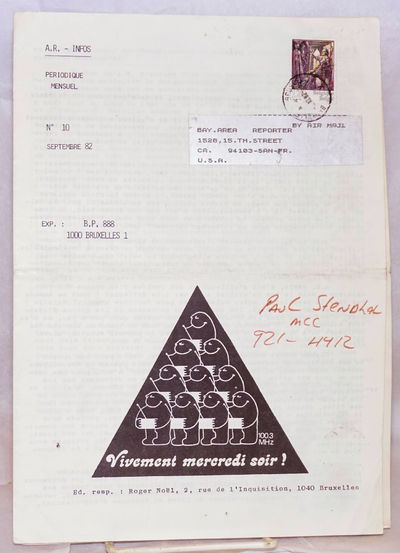 The Book of the Body [inscribed and signed]

New York : Farrar , Straus and Giroux , 1977
(click for more details about The Book of the Body [inscribed and signed])

Young Spartacus [46 issues of the newspaper]

New York : Spartacus Youth Publishing Co , 1986
(click for more details about Young Spartacus [46 issues of the newspaper])
View all from this seller>