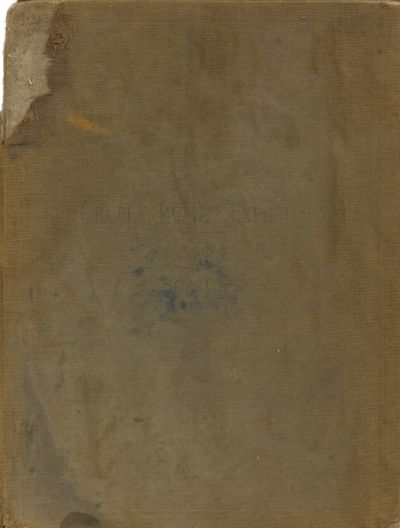 by Schley, Winfield Scott
Washington: Government Printing Office. Poor. 1887. First Edition. Hardcover. Book is a reading copy only, in need of rebinding and with soiled pages, including margin dampstains that do not affect the printed text readability. An 1899 article about the expedition is tipped in on a front endpaper. The second endpaper has a rare inscription fron Captain Winfield Scott Schley, who later became a rear admiral famous for the Battle of Santiago in the Spanish-American War. The inscription is to Captain C. B. Poindexter and is dated 1888, Washington, D. C. Contains 31 plates including frontispiece and 3 map leaves of a track chart map in sections. Schley and his command rescued the unfortunate Greely Expedition's six surviving members from Greenland. ; B&W Illustrations; 4to 11" - 13" tall; 74 pp; Signed by Author . (Inventory #: 009799)
$150.00 add to cart Available from
Back of Beyond Books
Share this item