The Adventures of Telemachus, the Son of Ulysses. Translated from the French by Edwin W. Simcox 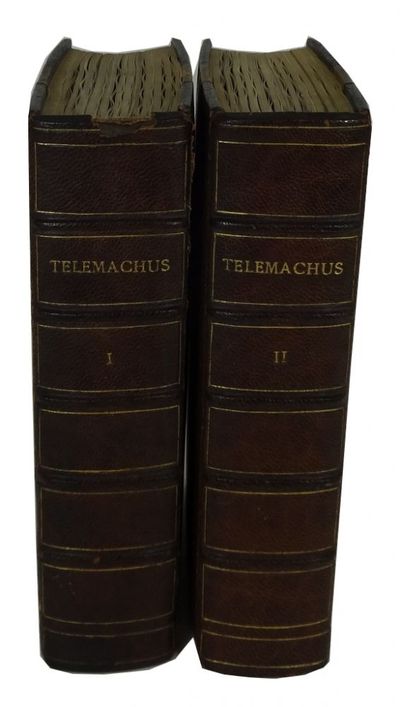 by Fenelon (Francois de Salignac de la Mothe)
London: Longmans, Brown, Green and Roberts [an] Simpkin, Marshall and Co.; Birmingham: R. Davies, 1859. 2nd ed. Hardcover. Very Good. 2 vols. xvi, 336, x, 317p. Later 19th century 1/2 leather. 17cm. Front joints rather tender. Two bookplates in both volumes -- Salt family armorial bookplate signed by Ernest George Salt and a later bookplate of Melba Peters. EXTRA ILLUSTRATED COPY with 48 illustrations from what appear to have been four other, and presumably earlier, editions of Telemachus which have been mounted on about half of the later and somewhat thicker blank leaves which have been inserted four to a group at regular intervals throughout both volumes. The illustrators appear to have been D. Coster and Lorieux from French-language editions and R. Cooper and J. Scott from English-language editions. (Inventory #: 85704)
$200.00 add to cart or Buy Direct from McBlain Books
Share this item

Behind Turkish Lattices: The Story of a Turkish Woman's Life

Philadelphia : J.B. Lippincott Company , 1911
(click for more details about Behind Turkish Lattices: The Story of a Turkish Woman's Life)

The Wares of the Ming Dynasty

NY : Charles Schribner's Sons , 1923
(click for more details about The Wares of the Ming Dynasty)
View all from this seller>