Fine Art at the Greenbrier 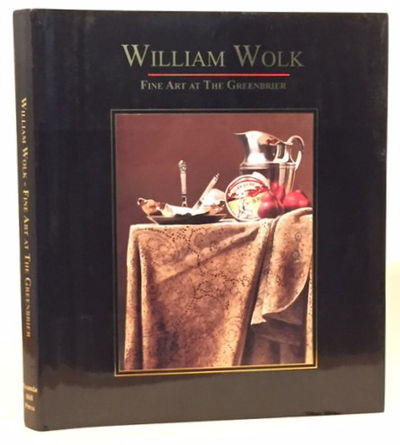 by Wolk, William
Ananda Hill Press, 2006. Hardcover. Fine/near fine. Quarto (28 x 24 cm), pp. 152. Red cloth boards with gilt titling, pictorial jacket and endpapers. Jacket has very slight edge wear. Association copy: Letter from Wolk laid in, dated the year prior to his leaving the one-man gallery at the Greenbrier. The letter is addressed to Maggie Hardy Magerko, owner of Pennsylvania's Nemacolin Woodlands Resort, and states he is looking for a new home for his work. In an unsigned, typewritten note (also laid in), Magerko's assistant (?) indicates she is not fond of Wolk's work, but requests of a copy of his book. The book appears to have been sent in response. Wolk ultimately moved his work to his private home, which burned to the ground three months later (Wikipedia). (Inventory #: 14578)
$50.00 add to cart Available from Elk River
Share this item