Paula [original title - No letters for the dead] 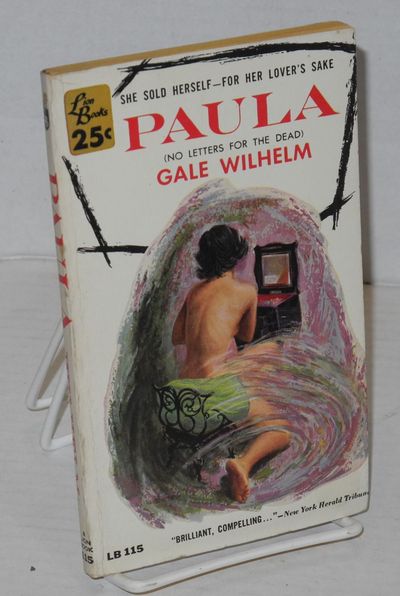 by Wilhelm, Gale, cover by Morgan Kane
New York: Lion Books, 1956. Paperback. 125p., lightly-worn second paperback printing in original pictorial wraps. The tragic story of Paula, who becomes a prostitute to support herself while her lover is in prison, writing him cheerful letters to disguise her plight. Wilhelm was born in Oregon but lived most of her writing life in Berkeley and San Francisco. While Wilhelm was a lesbian writer with several lesbian novels noted in Grier, this does not appear to be one. (Inventory #: 141133)
$15.00 add to cart or Buy Direct from Bolerium Books
Share this item