Ingoldsby Legends or Mirth & Marvels, The 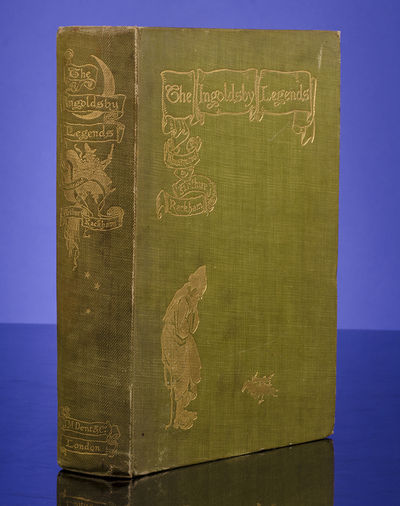 "In 1898 Messrs. Dent and Co. first published 'The Ingoldsby Legends,' with about one hundred illustrations of mine. This book has met with a very satisfactory reception, but the publisher's have felt with me that, with the addition of new drawings, a careful overhauling would make it worthy of publication in a more important form, in which greater prominence could be given to the illustrations by better and larger reproductions, including a greater number of illustrations in colour.

"To this end the following has been done:

"Many of the pen drawings have been reconsidered and worked on again - those which have been worked on to any great extent being now signed with both dates, 1898 and 1907. Of the rest, reproductions on a larger scale have been made in all but a few cases, and the text has been revised and entirely reset for this edition' (Rackham, Prefatory Note).

Rubáiyát of Omar Khayyám, The

London: George Routledge and Sons, Limited, 1904
(click for more details about Rubáiyát of Omar Khayyám, The)

Man Made of Money, A.

London: Punch, 1848
(click for more details about Man Made of Money, A.)
View all from this seller>